Is conventional paint bad for you?

Exposed to up to 20 times the toxins

CSIRO studies have shown that occupants of new Australian homes may be exposed to up to 20 times the maximum allowable limits of indoor air toxics for up to ten weeks after completion.

These included the carcinogens benzene, formaldehyde and styrene, and a cocktail of methanol, ethanol, acetone, toulene, dichlorobenzene plus a number of less well-known toxics, most of which are found in paints. Mineral turpentine (used as a thinner and solvent) may contain up to 20% benzene, which is a confirmed carcinogen and mutagen in chronically exposed workers.

Environmentally friendly paints are making a big splash in the paint market.

Wattyl Interior design range with less than 1 gram of Volatile organic compounds per litre, is one of the lowest on the market.

We have been using many low VOC products with fabulous feedback, the lack of smell & piece of mind has been making many clients happy.

Slightly more expensive, it is money well spent.
For example for a $5000 internal house repaint using a nontoxic no VOC paint would be around $150 to $200 more. 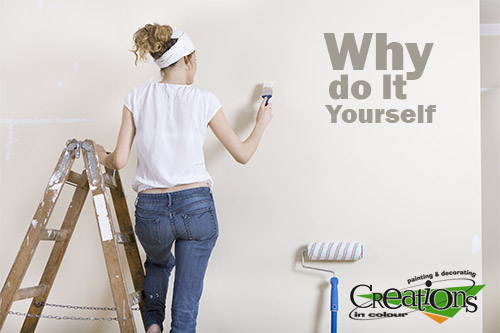 Get a professional quote for your Paint Job.